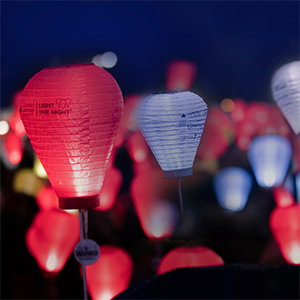 My cancer journey began in late 2010 with a diagnosis of Multiple Myeloma which was severely impacting my heart and kidney functions.  I was told I was very sick and without successful treatment would not likely make it through another year.  That got my attention, and I was on board for whatever treatments the experts had in mind.  8 months later, in August of 2011 I was told that my cancer was in remission and that I could advance to monthly monitoring while I rebuilt my body.  That remission lasted over 5 years, and although my heart and kidneys caused me to make changes to my lifestyle, I made the most of my renewed health.

In 2017 the cancer returned, and I began treatment with some different drugs which helped; however, by early 2019 I was going downhill fast when the LLS assisted me by making a new drug called Darzalex available.  This drug was in use in the USA, but unfunded in Canada.  The LLS showed me how to be a self advocate as well as using their voice to convince the Province to get me into a Darzalex treatment regime.  I'm still receiving this drug and it is keeping the cancer at bay.  I'm one lucky guy!

My family has been with me all the way and have become powerful fundraisers to support the LLS through all the amazing work they do for cancer patients.  Last year we raised about $34,000 for the cause, and this year our team goal is $50,000!  Please help me do my part by making a donation.  You never know who you may be helping today and in the future.

Blessings to you all, Pat

Goal
Pat is participating in Light The Night Vancouver on October 22 to fight blood cancers.

I’m committed to supporting the blood cancer community through Light The Night.

Blood cancers are the fifth most common form of cancer in Canada, affecting more than 155,000 Canadians—our family members, our friends and neighbours, our colleagues, ourselves. But together, we can shine a light toward a future without blood cancers.

Please consider making a donation today. Thank you for your support!

Thank you! You are making a difference.

Thanks to you, people affected by a blood cancer receive support every step of the way.

Thank you for letting your light shine for a future without blood cancers!